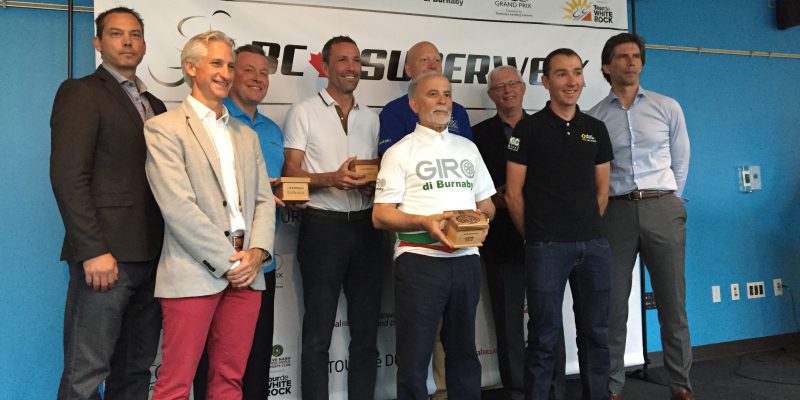 Civic and business leaders from the five communities hosting BC Superweek races were recognized by Cycling Canada and Cycling BC on Thursday for their support, commitment, and dedication to the development of cycling.

“We, along with Cycling Canada and Cycling BC, felt the need to recognize the leaders of each event, because without the support of local government and businesses in each race community, BC Superweek wouldn’t have reached the heights it has,” said Ernsting.

In addition to thousands of hours of community resources, civic and business leaders for the BC Superweek events have invested financial resources to the tune of more than $8,000,000 over the last sixteen years.

“The vision of these community leaders has been integral to the growth of cycling in BC and Canada since the launch of BC Superweek,” said Tolkamp. “In fact, of the 19 cyclists named to the Canadian Cycling Team for the Rio Olympics next month, seven of them have raced the events at BC Superweek.”