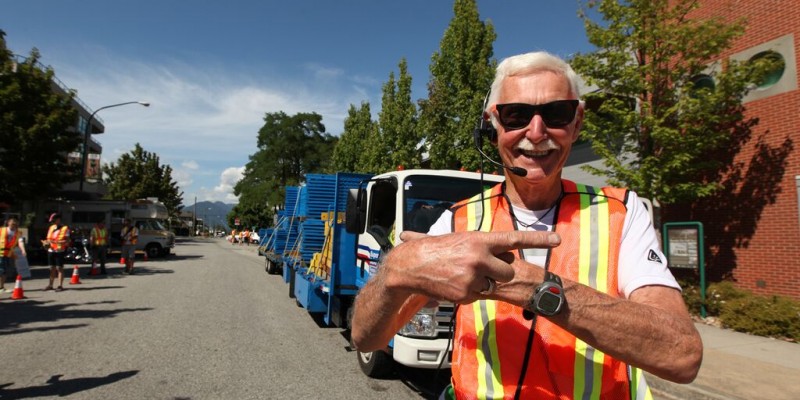 A call for PoCo Grand Prix volunteers and sponsors is going out this week as planning for the July 15 cycling event swings into high gear.

As part of BC Superweek – Canada’s largest professional road cycling series – the PoCo Grand Prix will attract thousands of spectators and cycling enthusiasts to downtown Port Coquitlam for a day of sport, live entertainment, family activities and more.

Dozens of volunteers and sponsors are needed to make the event a success.

“The PoCo Grand Prix is only five months away and we’re gearing up now to ensure it is a fantastic event that showcases the best of our community,” Mayor Greg Moore said. “We’re asking the community to gear up too by stepping forward to support the event as a volunteer or a sponsor.”

Sponsors are already starting to take advantage of opportunities that range from naming rights to display space in the PoCo Grand Prix Expo. Sponsorship is available at a variety of levels to enable businesses of all sizes to participate.

The first to sign up as a Gold sponsor was Westwood Cycle, which is also assisting with event planning and providing volunteers. Owners Kelly and Glen Hobbis are encouraging other businesses to get involved.

“Glen’s dad Cap always said that if you aren’t about giving back to the community, then what are you about? These are words we have always lived by, personally and business-wise,” Kelly Hobbis said. “We encourage all other businesses, big or small, to sponsor, volunteer and attend this amazing event. This event has the potential to identify Port Coquitlam as an active, healthy and fun community, and those who sponsor this event will be clearly identified as active, healthy and fun corporate partners.”

Metro Ford has also stepped forward as the official sponsor of the pace vehicles.

People can volunteer as individuals, as a group or as a team from an organization of up to 12 volunteers. Visit www.portcoquitlam.ca/volunteer for information and online registration.

Residents are encouraged to mark their calendars and plan to be in downtown Port Coquitlam July 15 to watch about 200 top international cyclists race along a 1.3-kilometre circuit and enjoy a community festival including live entertainment, a Kids’ Zone, beer garden and other activities.

Registration will also open up in the coming weeks for public events such as the Kids’ Race, Youth Race and Corporate Challenge, and to sign up to host a visiting rider or team.

News that the PoCo Grand Prix cycling race will be held Friday July 15 is being touted as a major boost for the new event.

Port Coquitlam was selected last fall as one of the sites for BC Superweek, Canada’s largest professional road cycling series, which takes place each July in five Metro Vancouver cities. The PoCo Grand Prix was originally scheduled to be held on a Tuesday in downtown Port Coquitlam. As a result of joint efforts between the City and BC Superweek to enhance the series, the date has been moved to Friday.

“It’s wonderful news and it’s coming at a great time, because we’re gearing up now to get sponsors, volunteers and the entire community involved in the PoCo Grand Prix,” said Port Coquitlam Mayor Greg Moore. “We expect the Friday date to help attract more spectators to our event, and we’re hoping visitors will stick around for the weekend following this free, fun event to find out what else Port Coquitlam has to offer. We couldn’t be happier.”

BC Superweek has a considerable following, and thousands of people are expected to gather in Port Coquitlam to watch top international cyclists race through the downtown streets. The criterium-style race will feature a mass start on a 1.3-kilometre circuit that cyclists will navigate for 40-65 laps. Approximately 200 male and female professional cyclists will whiz by about every minute, making for an exciting spectator experience.

“BC Superweek is committed to hosting the best series of professional cycling events in North America,” said Race Director Mark Ernsting. “The goal is to provide a first class experience to the athletes, sponsors and communities that host this series. We feel with this new schedule that it will allow us to provide an enhanced experience as the series continues to evolve and grow.”

Opportunities to get involved

Planning for the event is now in full swing, including soliciting corporate sponsorship and signing up approximately 200 volunteers. The community will also be invited to register for the Youth Race, Kids’ Race and Corporate Challenge in the weeks to come.

“We’re going to be relying heavily on volunteers to make the PoCo Grand Prix a success,” said Cllr. Darrell Penner, who chairs the city’s Healthy Community Committee. “It’s a great opportunity to do your part to help showcase Port Coquitlam, while also being involved at the ground level in hosting this exciting event.”

Sponsorship is available at all levels to enable businesses of all sizes to participate. Opportunities range from display space in the PoCo Grand Prix Expo to exclusive naming rights – including the chance to be the event’s presenting sponsor for one or more years. Based on the sponsorship level, rewards may include advance promotions, on-site signage and banners, display space, PA announcements, private viewing space, and passes to the VIP tent featuring prime viewing, complimentary food and beverages, viewing screens and more.

Event and sponsorship information is available at www.pocograndprix.ca. Questions may be directed to grandprix@portcoquitlam.ca or to Lori Bowie at 604-927-7907. 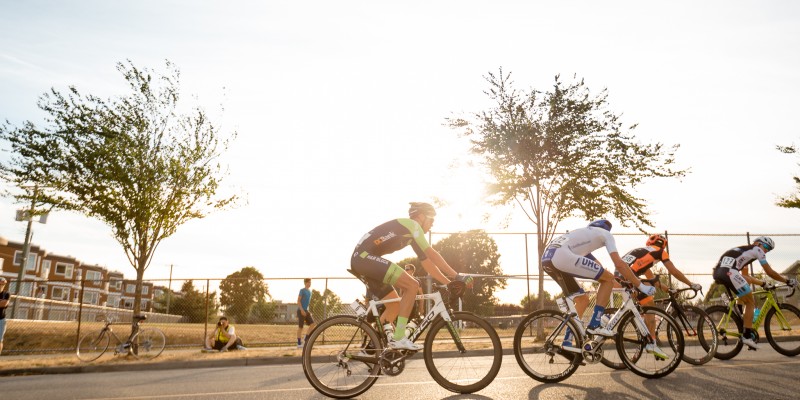 Port Coquitlam, BC – November 26, 2015  •  Thousands of spectators will gather in Port Coquitlam July 12, 2016 to watch top international cyclists race through the downtown streets during a new BC Superweek event: the PoCo Grand Prix.

Representatives from the city, BC Superweek and Canada’s professional cycling community announced today (Nov. 26) that Port Coquitlam has signed a five-year agreement to be a host city for BC Superweek, the nation’s biggest professional road cycling series.

“The PoCo Grand Prix will be Port Coquitlam’s chance to shine as it exposes our city to spectators and cycling fans from Canada and around the world,” said Port Coquitlam Mayor Greg Moore. “This will be a great opportunity to show off our amenities, natural beauty, charming downtown, and amazing community spirit. We’re also looking forward to the economic spinoffs that BC Superweek will bring to our city and our local businesses.”

Residents and visitors can look forward to an exciting afternoon of sport, live entertainment and cycling-related activities on July 12.

The criterium-style race will feature a mass start and a 1.3-kilometre circuit that cyclists will navigate for 40-65 laps. Approximately 200 male and female cyclists will whiz by about every minute, making for an exciting spectator experience. The day will also include races for children and youth, and a Corporate Challenge.

The route is now being finalized by the event organizers – a city-led advisory committee with representatives from former host cities, BC Superweek, the Port Coquitlam Business Improvement Association and local cycling-related businesses.

Port Coquitlam was one of several Lower Mainland communities scouted by BC Superweek when the second event in the series, formerly hosted by the University of British Columbia, became available. The city’s enthusiasm, central location and downtown race site were among the deciding factors in selecting Port Coquitlam.

“It is an honour and thrill to see the evolution of the UBC Grand Prix over the past five years now be associated with the wonderful City of Port Coquitlam as the new PoCo Grand Prix,” said PoCo Grand Prix Chair Dr. Jack Taunton. “The city’s vision for this new event is outstanding and fits our goals for this new race within BC Superweek.”

The committee has begun discussions with properties that will be affected by the road closures on the afternoon of July 12. Alternate routes will be provided in and around the downtown that day for vehicle, transit and foot traffic.

Businesses and the community will be encouraged to participate in the event in a variety of ways, including sponsorship, volunteering and participating in public cycling events for children, youth and businesses on July 12.

The city and advisory committee are working to secure a name sponsor for the race, and are offering a variety of sponsorship and marketing opportunities. Businesses that want to be involved are invited to email grandprix@portcoquitlam.ca or contact Lori Bowie at 604-927-7907 for more information.

“When a village or city in Europe is selected to be part of the Tour de France it is a true feather in their cap, and the race is embraced by everyone,” noted Kelly Hobbis, owner of Westwood Cycle and a member of the advisory committee. “For Port Coquitlam to be selected to be a host city for this international cycling event is very exciting, and Westwood Cycle is thrilled to be part of it.”

Opportunities for community involvement will include subcommittees to the advisory committee and more than 100 volunteer positions. Volunteer information is available at www.portcoquitlam.ca/volunteer. Event and sponsorship details have been posted at www.pocograndprix.ca.